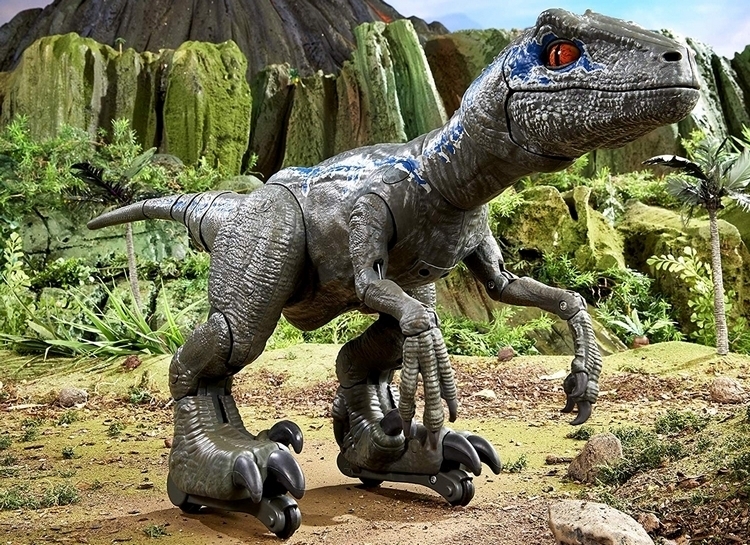 Do we have the technology to clone dinosaurs yet? We don’t know. Even if we do, though, we doubt it’s a good idea to manufacture gargantuan creatures that can mow down entire cities like a prehistoric Godzilla. As such, there’s no point hoping to be able to purchase your own dinosaurs someday. If you must have one, the Jurassic World Toys Alpha Training Blue is about as good as you’ll probably get.

An articulated dinosaur toy, it’s based on Blue, the alpha velociraptor from the Jurassic World movies. You know, like a smaller and younger version of the scene-stealing creature that you can have parading around the house, roaming the grounds and chomping her jaw like the terrifyingly adorable beast. 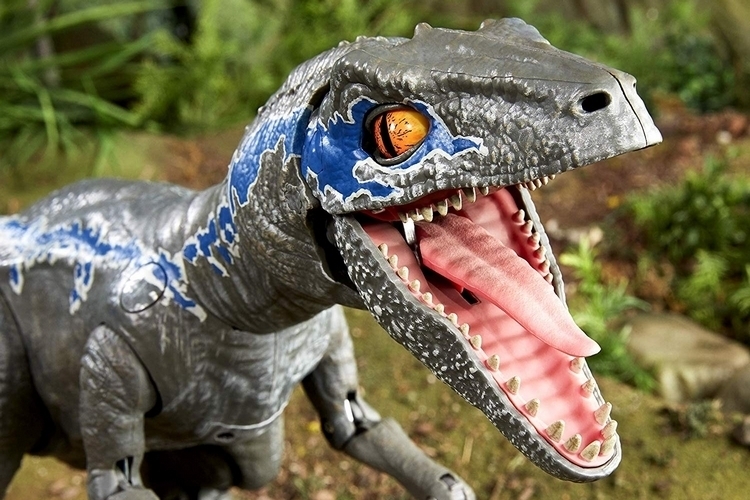 The Jurassic World Toys Alpha Training Blue is a detailed recreation of the raptor from the movie, with articulation in the arms, hands, shoulders, knees, tail, head, and jaw, allowing it to be posed in a variety of ways. Instead of walking on its legs to move, which would probably be ridiculously slow (hilarious, since raptors are the total opposite), the toy has wheels installed under its hind feet, allowing it to zip through the ground at high speeds like a traditional wheeled robot.

A handheld remote allows you to operate the dinosaur with one hand, using the joystick to steer it around like a radio-controlled vehicle. Since a dinosaur that moves around like a toy car probably gets boring after a while, the controller is equipped with accelerometers, allowing you to perform motion-based commands that trigger a variety of actions, such as chomping, roaring, and wrecking everything in the room. Just kidding on the last one, but that would be awesome. The motion-based controls are part of a game mode called Training, by the way, which unlocks more moves every time you make the raptor perform new tricks. Oh yeah, you’re supposed to reward the raptor when you’re satisfied with its performance, which you can do by simply petting it on the head (it can detect touch) like your favorite pup. 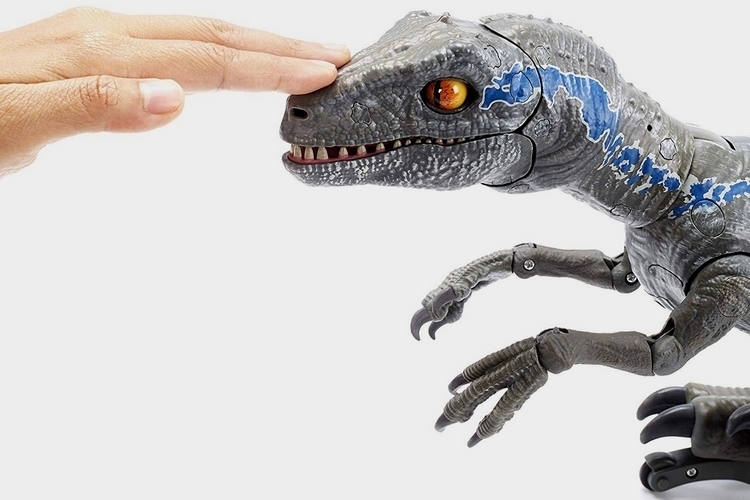 Of course, what good is a raptor if you can’t have it patrolling its surroundings? That’s why the Jurassic World Toys Alpha Training Blue also comes with a Guard Mode that can have the raptor roaming the perimeter of your home. When it detects movement within a foot of its presence, it alerts you by vibrating the handheld controller, after which you can respond by choosing from a selection of pre-recorded commands that will play on the raptor’s integrated speaker. 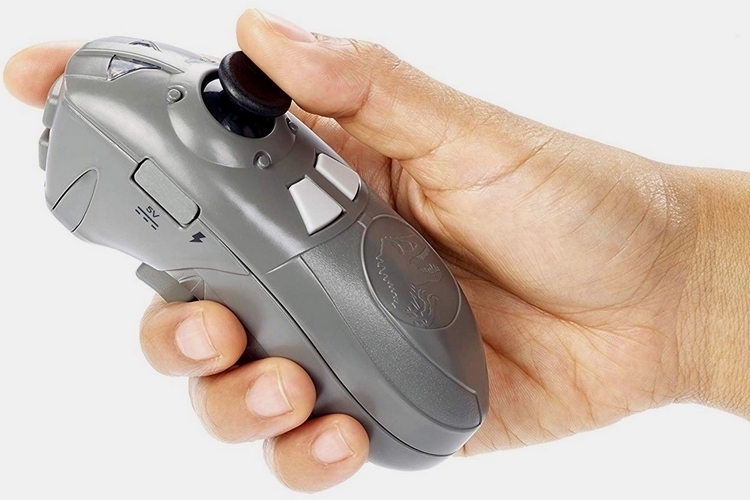 Lastly, there’s a game mode called Total Control that allows you to operate not just the wheels, but every articulated joint on the raptor. Make her chomp at invisible foes over and over, roar like an alpha beast calling out to its pack, or shift its eyes like a scared animal carefully watching the surroundings. It runs on two AA batteries.