Meccanoid G15 KS: Finally, A Real Robot Sidekick You Can Train To Do Your Bidding 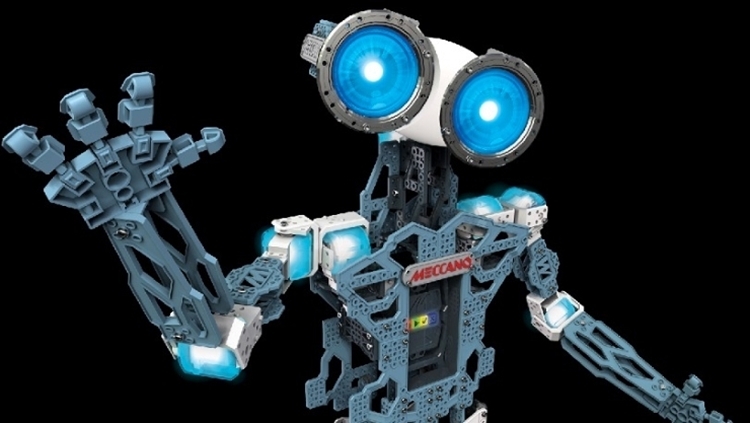 Remember those Erector construction toys which had kids using plates and screws to build mechanical objects? Well, the Meccanoid G15 KS took those Erector sets and used them to build a robot that you can teach and command at will. Basically, your very own robot sidekick that you can afford without mortgaging the house.

Made by Meccano, it’s a 550-piece robot construction kit that you can use to build one of three different kinds of automatons at a time. One of the designs is a humanoid, the other is a robo-dinosaur, and the last one is an industrial robot of sorts (it can pick up bottles and chuck it in an integrated bin), all of which you can program to perform a variety of tasks without writing a single line of code. 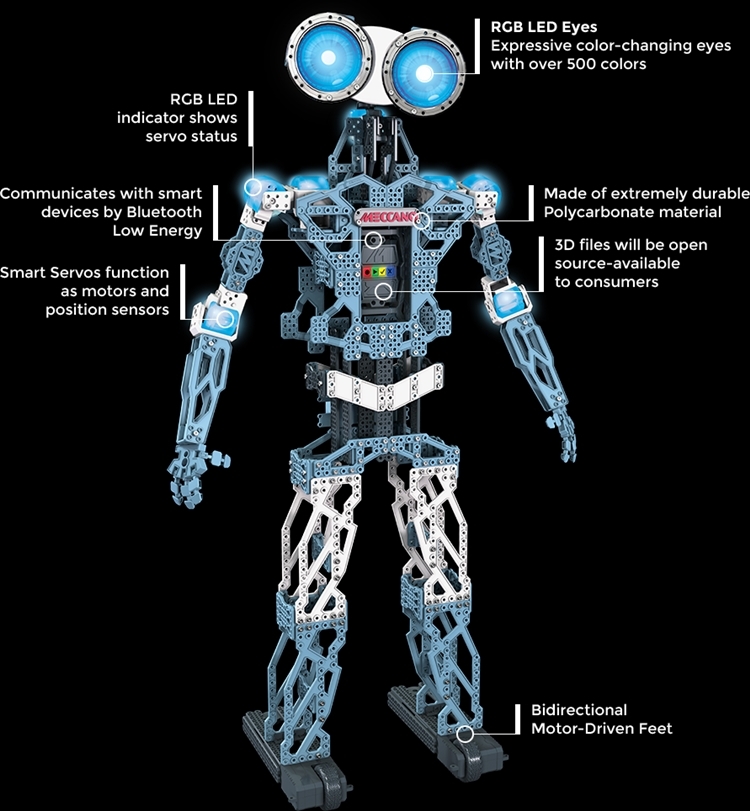 Instead of coding, the Meccanoid G15 KS can be programmed using one of three simple options: Learned Intelligent Movement (LIM), avatar control via a mobile app (iOS and Android), and a motion capture interface. In LIM, you simply push a button on the robot, move its body parts according to what you want it to execute, and it will remember every single sequence, repeating it on command (it can remember and recognize up to 100 voice commands). With the mobile app, on the other hand, you move a virtual robot onscreen, which the real robot will then proceed to mimic in real-time. In the third option, you simply have the robot record your movements (it has an onboard camera), which it will process and imitate on its own. Oh yeah, it’s open source, too, so older users with a penchant for robotics can program it manually via code on a laptop.

Not impressed with just movements? Well, the robot can record your voice, too, which it will then play back in processed robot mode, so it looks like it’s really your robot best friend telling mom to shut up and get out of your room.

Slated for release in the fall, the Meccanoid G15 KS will retail for $399.