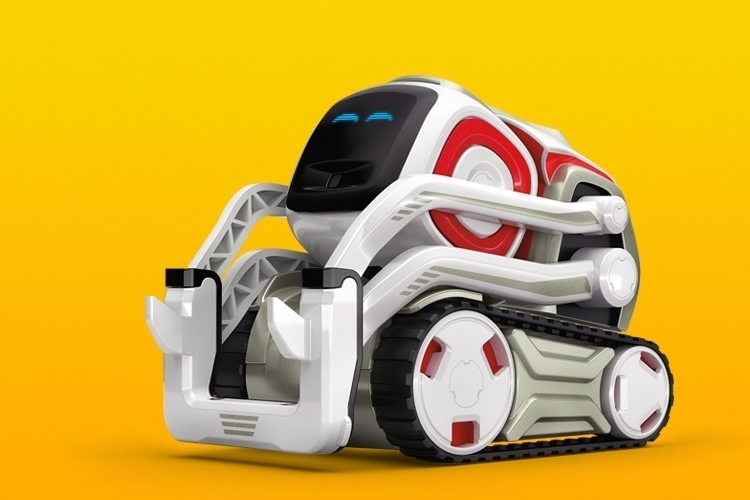 When it comes to adorable toy robots, it’s hard to top Sphero’s BB-8. The darn thing looks darn cute just rolling around, after all. The Cozmo, however, isn’t just banking on being adorable, as it comes with a dynamic and playful personality that can take engagement to a whole new level.

Made by Anki (you know, the guys behind Drive and Overdrive), it’s a charismatic robot toy that attempts to bring the adorable robots we regularly see in animation into real life. And, no, it won’t just scoot around and do random robot things, either, as it’s fitted with computer vision, AI, and advanced robotics tech, allowing it to become a semi-intelligent companion that can foster deeper interactions. 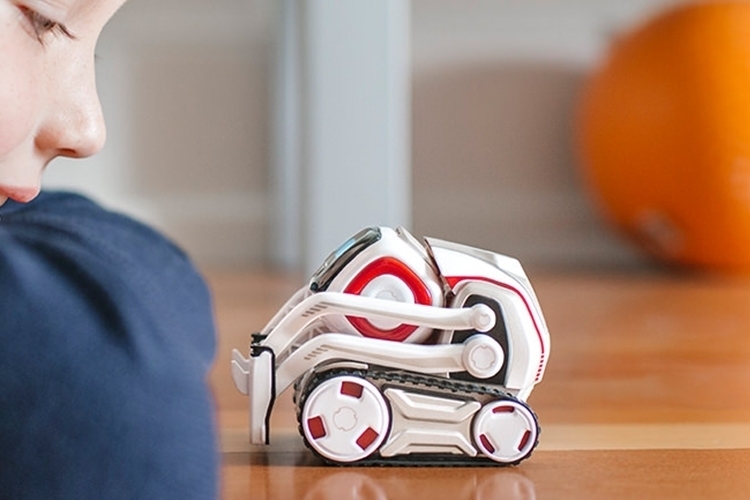 The Anki Cozmo has a body that appears to be derived from a construction vehicle, with tracks for mobility and lift-like arms. Basically, it’s an adorable version of a forklift. Out front is a square screen that serves as its digital face, allowing it to display a variety of facial expressions. It comes with a hidden camera out front that it uses to identify people and objects, with its eyes lighting up when it sees someone it recognizes or its favorite plaything.

Those reactions, by the way, aren’t elicited in the typical “if A, do B” sequence. Instead, it comes with an ever-evolving emotion engine, so there’s a good chance are he’ll react in ways that you never expected. Do note, the robot requires to be always paired with a phone, as the app does all the heavy lifting when it comes to AI and other robot functions.This isn’t quite as cumbersome as it seems, and adds quite a lot of functionality to the little robot—a few taps and the Anki Cozmo will “wake up” and be ready to play.

The choice to tie the Anki Cozmo in with a phone app wasn’t just for the purposes of convenience—it’s also likely been a design choice which brought down the price point and reduced the robot’s form factor, since it doesn’t have to house additional computational parts.

The “emotional” capability of the Anki Cozmo is fairly impressive. While this robot doesn’t speak in words, it can definitely talk to you—you’ll begin to recognize the emotions pretty quickly and start to get an idea of how the robot is, well, feeling. If you’re familiar with Star Wars then you already have a pretty good idea of the noises the robot makes, but what’s really impressive is how the robot acts. 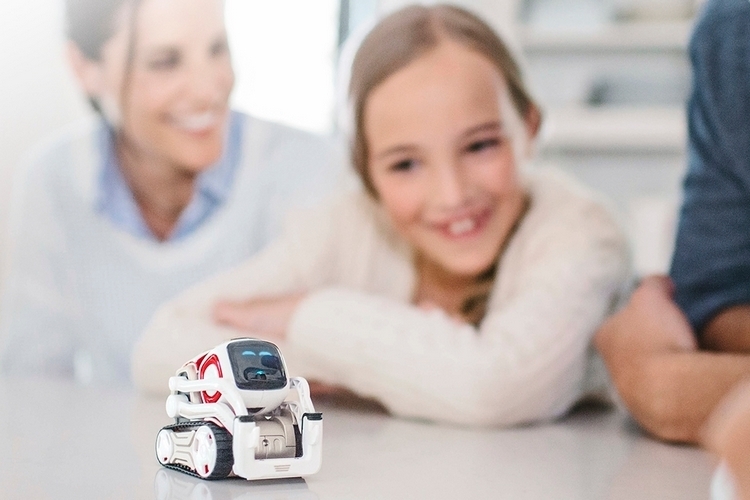 With what the manufacturer is referring to as an “emotional engine,” the little robot is given a surprising number of emotional states. These emotions cause the Anki Cozmo to look and act different, the behavior for which was inspired heavily by robot characters in movies, like the ones made by Pixar. In fact, Carlos Baena, who used to work as an animator for Pixar, was hired by Anki to direct the characterization of the robot. Before the robot was available here in the physical world with us humans, much of the development for its emotional engine was developed using 3D animation software after Baena realized that this software could be just as useful for robot design as it was for creating movies.

The range of emotions the Anki Cozmo is capable of include what you’d expect: happy, sad, angry, and so on, but this little robot’s emotional capabilities go a lot deeper than just that. The robot can express gratitude through the “glad” emotion, annoyance, and more. The Anki Cozmo is bizarrely reminiscent of a pet, and we suspect that it’ll become a quick alternative for children (or adults!) with allergies.

When you’re playing with this robot, and it definitely feels very much like playing, it’ll utilize these emotions to let you know how you’re doing. For example, you can stack blocks with the robot, which sounds incredibly simplistic but the point isn’t really to stack the blocks—it’s to see how the Anki Cozmo reacts. If you stack the blocks in the right order for the little game, the robot will react positively and express its happiness emotion. But if you’re a jerk and knock them all over, he’ll get mad or sad. Note that these blocks aren’t just any blocks, they’re specialized blocks that come with sensors so that the robot can interact with them.

The manufacturer has pre-programmed the Anki Cozmo to recognize a handful of games like this block example right out of the box, and we expect that you’ll be able to wirelessly update the robot in the future to accommodate new games. This should come in handy assuming that the Anki Cozmo feels like playing games with you—it might shake its head and refuse.

The Anki Cozmo is good at a lot more than just a few simple games though—it’ll react when you interact with it directly. For example, if you pick up the robot, it might shake its head in disapproval. If you point at it and hold your finger close enough, it may try to grab your finger with its “arms.” And the Anki Cozmo can even get bored—after all, it’s more than just a novelty for your desk—it might start playing video games by itself on the little display panel. If you charge the Anki Cozmo, it’ll go to sleep (snoring included).

Speaking of the battery life, the Anki Cozmo takes only about ten minutes to charge, and that’ll be enough for two hours of emotional, fun, robot-goodness.

For those software developers in the audience who are drooling at the thought of an API, don’t worry—Anki has plans for that too. In the future the manufacturer has vowed to release a software development kit, and fans have already started preparing by writing their wish lists of new, totally customizable functionality.

Now available for preorder, the Anki Cozmo is priced at $159.99. For a robot with these kinds of capabilities to be under the $200 price point is practically unheard of—you’ll almost certainly want to preorder this one.