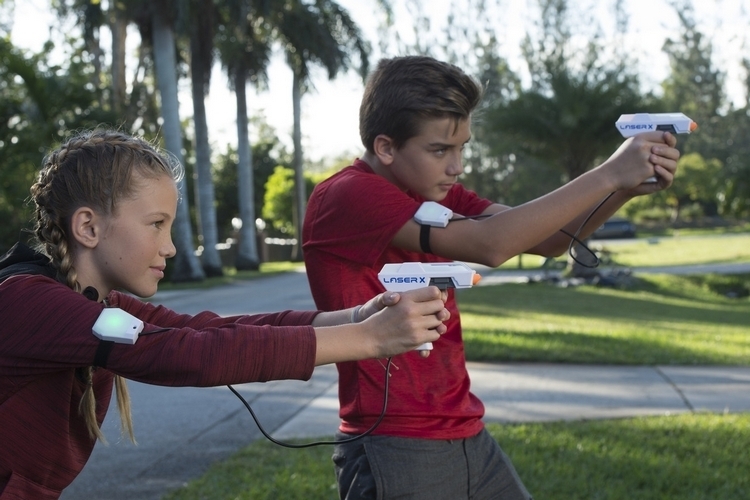 We’re big fans of Laser X’s blasters with their impressive 400-foot range, but, let’s be honest, your kids don’t really camp all that far from each other when they play a game of laser tag in the backyard or inside your house. For close quarter combat, you can ditch those big shooters and have them playing with these Laser X Micro Blasters instead.

A compact laser blaster, it measures just five inches long, making it incredibly easy to handle, especially when duking it out inside confined spaces. Heck, you can tuck this in your pants like a conceal-carry firearm, ready to be pulled out when the office floor turns into a laser tag warzone. 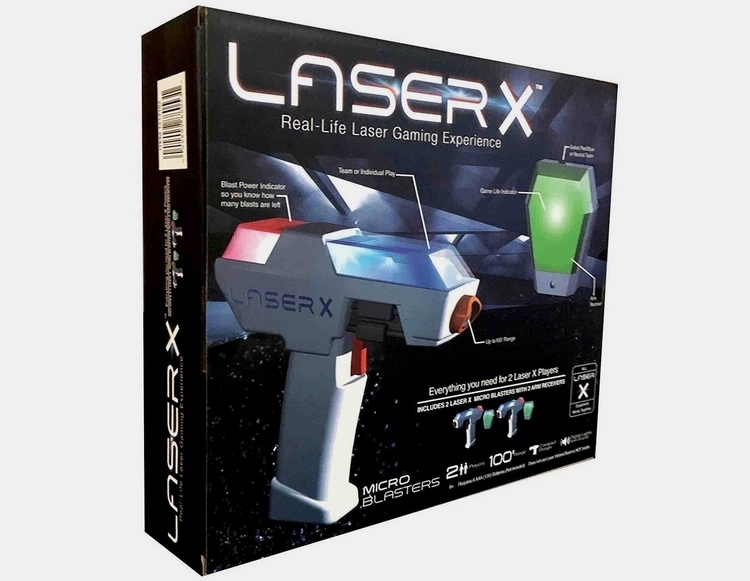 The Laser X Micro Blaster consists of a compact handgun-style blaster that’s tethered to a light-up target that’s designed to strap to your arm, so you’ll have to carry both the blaster and the target together, ensuring you’ll never forget your target at home. Since it’s designed for close quarter battles, it has a maximum range of just 100 feet, making it ideal for waging laser firefights at home, in the office, or in the school cafeteria, but not quite suited when duking it out in parks, empty lots, and abandoned warehouses.

Yes, we find the arm placement of the target receiver a little odd, too, since that would mean you’d have to target your opponent’s arm instead of their chest, as with previous versions of the toy. From what we can tell, the fact that the blaster is tethered to the receiver means you can’t hide your upper arm while aiming with the blaster, which probably does make gameplay just a little more competitive, compared with a chest target that you can hide from plain view while shooting. 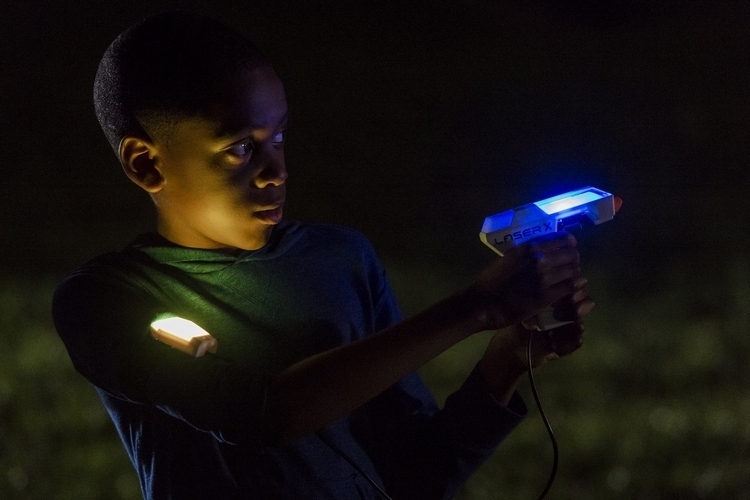 When the Laser X Micro Blaster’s receiver registers a hit, the light in the target changes in color. It starts out as a lively green at the beginning of the game, indicating how full of life you are, then changes in shade every time you get hit. After ten hits, it turns into a deathly red, signaling the end of your game. Each blaster comes with 10 rounds of ammo to exhaust, after which you’ll need to reload by pointing it to the ground and holding the trigger. Oh yeah, this thing is noisy, with lots of sound effects every time you fire, so forget about stealth techniques – this thing is about sloppy, chaotic fun.

Do note, these blasters don’t use actual lasers, but infrared, so you won’t see anything shooting out like in a video game. The best part, IR can bounce on glass and mirrors, so you can use windows and similar objects to take banked shots at your opponents, opening up plenty of creative attacks. It’s compatible with all other Laser X products, by the way, so you can instantly battle it out with other folks who happen to have theirs along.

Want one? The Laser X Micro Blaster is available in sets of two.