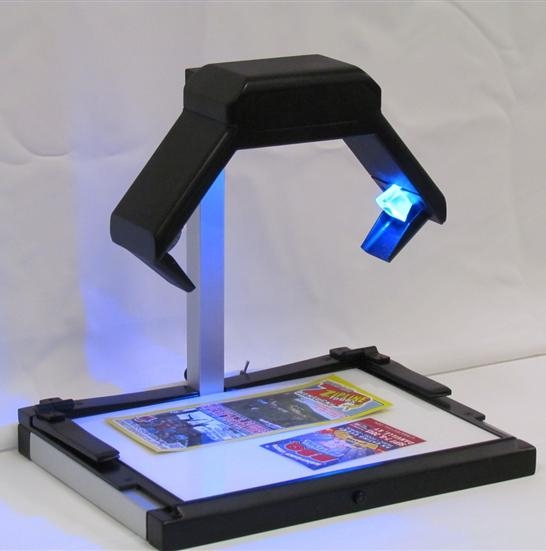 Scanners that copy documents, pictures and other flat objects into digital files on a computer have been around a long time.  Probably as long as Britney Spears. Or even Madonna,  I think.  And for the most part, they’ve functioned the same way, scanning your stuff and spitting it out as a computer image that you can then crop, clean up and do whatever the heck you want with.  And, in the past, that was good enough.  When the Blinkscan starts selling, though, it might not be.

A photographic scanner, it won’t just take a digital copy of the object you’re scanning.  Instead, it’s going to crop the scanned image (the software is good enough to recognize uneven edges), remove all the background, and even fix the orientation, leaving you with just the exact image of the item you scanned.  Even better, it does all that in as little as 3 seconds, allowing you to simply enjoy your scans, rather than spend the next 10 minutes fiddling with an image editor. 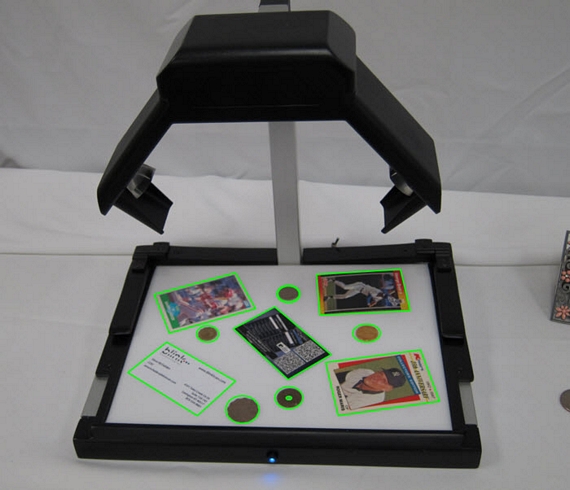 The BlinkScan isn’t quite as space-efficient as a flatbed scanner, with a claw-like contraption standing over the scanner bed.  If you can look past the extra size, however, it can bring some much-needed upgrades to the table on top of the automated cropping.  Most notably, it boasts “perfect image capture,” which is achieved by snapping three separate 10-megapixel monochromatic images (red, blue and green), which are then combined into a 36-bit 30-megapixel image.   While we have a feeling some of the higher-end scanners can capture similar quality scans, we do have to admit, their results look impressive.  You can also scan multiple items at the same time (e.g. five collectible coins and three stamps in one go) and the system will take care of cropping each one individually, saving them as separate digital images on your computer.  Do note, the design of the machine doesn’t make it ideal for scanning books, although it will work for most anything else.

As of now, they’re only offering one model with an 8.5 x 11.69 inch bed, which should fit an A4-size document.  Other details include 300 ppi fixed resolution, an onboard processing system (dual-core TU chip), and a custom-designed 10 megapixel monochrome CMOS area sensor.

As of now, BlinkScan is raising funding from Kickstarter for a production run.  Pledges to reserve a unit starts at $649.