Cota Can Charge Devices Wirelessly From Upto 30 Feet Away 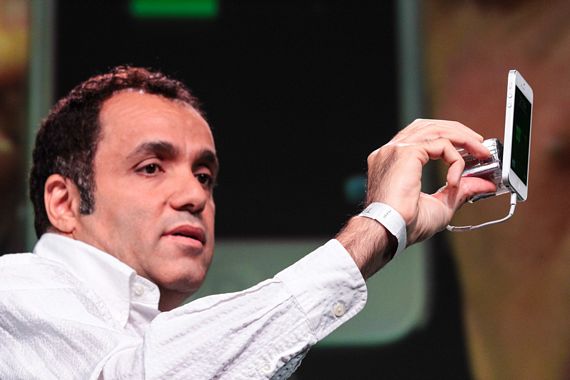 Induction charging has shown us wireless charging is not just possible, but commercially feasible.  But it’s still a far cry from over-the-air power transfer that our futuristic jetpack-filled dreams are made of.   While we’ve heard plenty of talk about magnetic resonance for charging electric cars and such, it’s mostly still just talk.   Definitely not the case with Cota, which, at this point, looks to be our closest chance to true wireless and contactless charging. 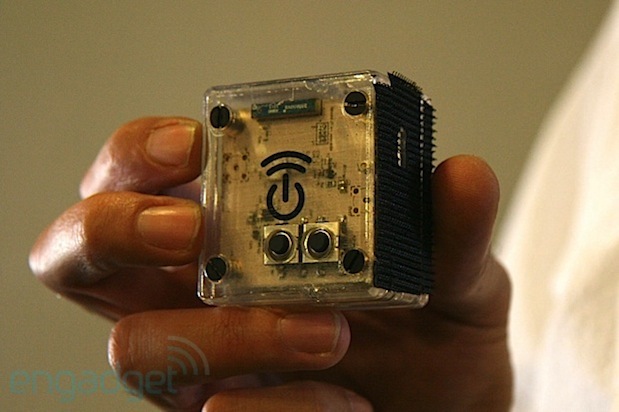 Made by Ossia, the system sends power from a source to a gadget straight through the airwaves, using the unlicensed 2.4Ghz spectrum where WiFi, Bluetooth, and other communication signals also pass through.  Even better, it doesn’t require line of sight, so you can keep the charger in the living room and get your phone charged while it sits on the side table in your bedroom.  Similar to a WiFi hotspot, it’s not restricted to charging one device at a time — it can be set to send trickles to any Cota-enabled device within range.  Since it works similar to WiFi, people’s familiarity with the standard should help make the technology a whole lot easier to embrace. 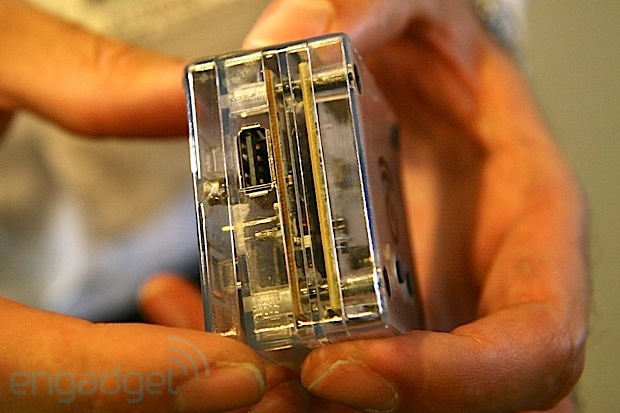 Cota is the brainchild of physicist Hatem Zeine, who has been developing his wireless power technology for over 10 years now.  He filed the first patent for it back in 2007 and formed the company Ossia in 2008 to further refine the technology.  Over the last few years, the company has managed to raise $3.2 million in capital, all while staying relatively unnoticed.  They have built a working prototype that the company recently showed off onstage at TechCrunch Disrupt.

The system is based on a smart antenna technology that uses phased arrays to facilitate the transfer of power.  It consists of two parts: a receiver that sends an omnidirectional beacon signal to the charger and a transmitter that supposedly sends energy straight to the device.  During the event, Zeine demonstrated his iPhone being charged using the prototype over a 10-foot distance from the charging station, showing exactly how the process works.   The final commercial product will have a range of 30 feet, which means you can charge a phone from most anywhere in the house, provided you don’t live in an obnoxiously huge mansion.

Naturally, sending power over the air will raise some concerns.  On the matter of safety, the device merely sends 1W of power at a time, which the company claims to be a safe amount.  Plus,  Ossia is already in the late stages of getting FCC approval for Cota, so we should know whether a government agency deems it just as safe soon enough.

While safety may not be an issue, efficiency is likely to be the bigger problem Cota is going to face.  During the demo, where power was sent over a distance of 10 feet, only 10 percent of the original source power actually went to the device — the rest was lost.  You can just imagine how much more will be wasted over 20 and 30 feet distances.  In a time when the world is more conscious than ever about energy conservation, such amount of waste is likely to make this technology a little harder to embrace.  Then again, maybe this is the necessary baby step we need to take on the way to reach a more efficient level of wireless power transmission.

If all goes well with the FCC, Ossia hopes to license Cota to manufacturers for integration into consumer devices by 2015.  They’re also planning to produce their own hardware for residential use, which the company estimates will cost north of $100. Check out Cota wireless charging in action below at TechCrunch Disrupt SF 2013.

Via TechCrunch and Engadget